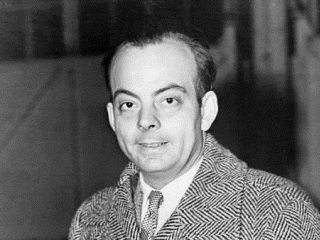 There in the hall of world literature is organized the book exhibition dedicated to the 120-th birthday of the French writer Antuan de Saint-Exupery.

Antoine Mary Zhan-Batist Rozhe de Saint-Exupery is the outstanding French writer – essayist, poet-humanist, professional flyer. He was born on June 29, 1900 in Lion, in the family of the Perigore noble-people. Aged 12, he for the first time rose into mid-air on the plane, led by the famous flyer Gabriel Vroblevski. Primary education Exupery received at the School of Saint Bartholomew, after that he studied at the Jesuit college, after that in the Maryists’ college in Friburg.

In 1921 being a student of the higher educational establishment as a volunteer he entered the regiment of fighter aviation in Strasburg. He successfully passed the exam for civil flyers and became a military aviator. But as a result of the avia-catastrophe in 1923 the future writer received a serious trauma of the skull. Soon he was commissioned to Paris where he started being preoccupied with the literary work.

Exupery wrote his first work in college in 1914. It was the fairy-tale “The Odyssey of the cylinder”. The talent of the author was evaluated by its merits, giving it the 1-st place at the literary competition. In 1926 he wrote his first novel ”The southern mail-train”, which later was published by “Gallimar” publishing house. The works of Exupery are connected with the sky and aviation. The writer had two devotions and he shared with the public the perception of the world through the eyes of the pilot. The author narrated about his philosophy which allowed the reader to look anew at life. Being the pilot of “Aeropostale”, the flyer didn’t have the desire to stop the literary activity. Returning back to native France, he concluded the contract with the publishing house of Gaston Gallimar for the creation and publication of 7 novels. The next work “The night flight” Exupery wrote in 1930. For this novel the writer was awarded the literary prize “Femina”. In 1939 there was awarded the Big prize of the French academy for the novel “The planet of the people”, and this same year he receives the National book prize of the USA for the novel “The wind, the sand and the stars”.

The novel “The military flyer” became the autobiographical work. There upon the author influenced the emotions connected with the participation in the Second world war. The book prohibited in France had tremendous success in the USA. The representatives of the American publishing house ordered for Exupery a fairy-tale for children. Thus there saw the light

“The little prince”, accompanied by the author’s illustrations. It brought for the author the world fame. The famous book of Antoine de Saint-Exupery “The little prince” with the author’s drawings was written in 1941 in New-York. This is the wise and “humane” fairy-tale –parable, in which there is simply and touchingly spoken about the most important thing: about friendship and love, duty and fidelity, beauty and zero tolerance towards evil. The works of Exupery at once and firmly entered the circle of reading, they were published many times and became the subject of literature studies. His philosophical, lyrical prose conquers the reader with the faith in life and people, depth of thought and poetic power.

In 1959 “The little prince” spoke with the reader in the Russian language from the pages of the August number of “Moscow” magazine. From this publication there began the triumphal march of the wonderful fairy-tale which continues till today and not only among readers. Today “The little prince” is published as small books and also as gift editions. They shoot feature films and cartoons, stage dramatical and puppy, ballet and musical plays. Like Saint-Exupery wrote, “All the grown-ups were children but they do not remember it”.

There at the book exhibition out of the fond of National library of the RK are presented the works of the writer and literature about him in different languages of the world.

We have 234 guests and no members online