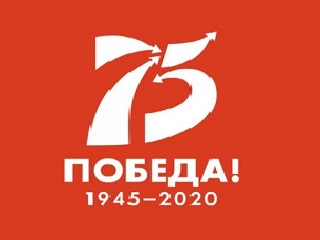 There in the Hall of world literature is organized the constantly active book exhibition named “The year of memory and glory” dedicated to the 75-th anniversary of the Victory of the Soviet people in the Great Patriotic war (1941-1945).

The great Patriotic war of 1941-1945 is the unique phenomenon not only in the history of the Soviet Union but in the whole world history as well. There were saved the democratic achievements of the peoples of the world, their material and spiritual culture, there were returned the previously captured lands, there were ended the processes of reunification of the peoples. There was liquidated the racist regime of the fascist Germany, the world civilization was saved from fascism thus was preserved the progressive vector of development of the world history. International law was replenished with the new content for the solution of the problems of war and peace, there were condemned by the world community the theory and practice of Nazism, there was created the United Nations’ Organization (UNO).

The book exhibition named “The year of memory and glory” consists of four chapters. The first division acquaints one with the literature about the history of the Second world war. The second division presents the materials about the marshals of the Victory, the books about I.Stalin, G.Zhukov, I.Rokossovskiy and the other generals of the Great Patriotic war. Also the literature where there is reflected the new view upon the history of the Great Patriotic war. There in the third chapter are presented the books about the heroes of the Soviet Union –the Kazakhstanis. During the years of the war there into the army in the field were summoned

1 mln. 200 thousand Kazakhstanis. For the feats approximately 500 Kazakhstanis were awarded of the title of the Hero of the Soviet Union, 110 Kazakhstanis were awarded of the Order of Glory of the three degrees. the fourth chapter of the exhibition gives one the possibility to become acquainted with the fiction about the war. There at the expositions are presented the books, photo-albums and collections of materials about the heroic feats that contain the works of artistic and documentary prose, poetry, the archival documents, the biographical essays and stories about the separate stages and military episodes of the past war, about the Kazakhstanis – participants of the Great Patriotic war, the fates of the soldiers, the workers of the rear who turned Kazakhstan into the mighty arsenal for the front.

There at the book exhibition out of the fond of National library of the RK are presented the books of different years of publication in the Kazakh, Russian and English languages.

We have 581 guests and no members online