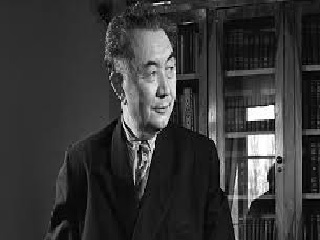 Kanysh Imantayevich Satpayev was born on April 12, 1899 in aul № 4 in Pavlodar Semipalatinsk region (now Bayanaulsky district of Pavlodar region). From 1909 to 1911 he studied at the aul school, in 1914 he graduated with honors from the Russian-Kazakh school in Pavlodar, and in 1918.  -In 1918 he graduated from the Semipalatinsk Teachers' Seminary.

Evening of memory dedicated to the 150th anniversary of the ethnographer, People's Artist of Kazakhstan Alexander Zataevich. 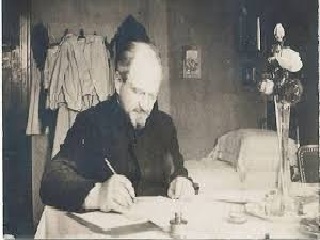 On April 10, 2019 at 12:00 p.m. at Kazakh Secondary School № 2 an evening of remembrance was held dedicated to the 150th anniversary of the ethnographer, People's Artist of Kazakhstan Alexander Zatayevich.

The event was held within the framework of the Club "Іnzhu-marzhan", acting under the Department of Arts of the National Library of the Republic of Kazakhstan.

Zataevich was born in 1869 in the Orel region (Russia). In 1886 he graduated from the military gymnasium in Orel. In 1896 he met the composer S. V. Rachmaninoff, who took an interest in Zatayevich's plays and promoted their publication. Rachmaninoff also dedicated his piece Six Musical Moments to Zataevich. Between 1904 and 1915. Zataevich served in Warsaw, where he was also involved in musical and social activities. He was a music critic for the Warsaw Conservatory newspaper.

From 1920 he lived in Orenburg, where his creative activity was mainly expressed in the collection, recording and systematization of Kazakh folk music. He recorded more than 2300 works of Kazakh folklore music. Zataevich's collections "1000 songs of Kazakh people" and "500 Kazakh cues and songs" represent an anthology of Kazakh musical folklore from ancient times to 1930s. For the first time in the history of Kazakhstan, Zataevich characterized a number of outstanding Kazakh folk composers, including: Abai Kunanbayev, Kurmangazy Sagyrbayev, Birzhan Kozhamgulov, Zhayau Musa Baizhanov, Dauletkerei, Baluan Sholak, Mukhit, Ybyrai and some biographical information about them was given. The most outstanding Kazakh performers of folk works, such as Amre Kashaubaev, Gabbasa Aitpaev, Kali Bayzhanov and others are great from the point of view of cognitive knowledge.

Alexander Zatayevich is one of the founders of Kazakh professional piano music. He authored music collections "Kazakh Songs in the Form of Miniatures for Piano", "Songs of Kazakh Tartars", "Songs of Kazakhstan", "250 Kyrgyz Instrumental Pieces and Tunes", "Songs of Different Nations", and "Kyrgyz Instrumental Pieces and Tunes". He was the first one to whom the government of the republic in 1923 awarded the title "People's Artist of the Kazakh Autonomous Soviet Socialist Republic".

To commemorate the life and work of A.V. Zataevich, a memorial plaque was installed in Almaty, and one of the city streets was named after him. In 1954, a monument depicting an ethnographic musician listening to an akyn was erected on his grave in Moscow. 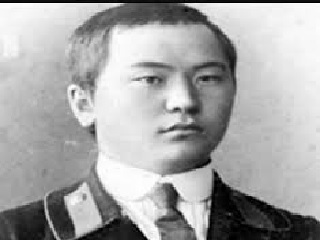 On April 5, 2019 in the hall named after N. N. Dauletova held a memorial evening dedicated to the 125th anniversary of the birth of Asylbek Seitov, a prominent public figure, doctor, a famous member of the "Alash" movement, and a presentation of a monographic book by Orazgul Mukhatova "Asylbek Seitov - Trace of History". 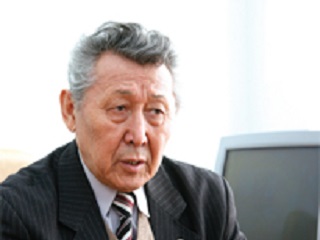 The book exhibition "Kosh keldin, az Nauryz!" dedicated to the spring holiday Nauryz was organized in the reading room "Kazakstan kitaptary" at the Depository of the Assembly of the People of Kazakhstan in Almaty. 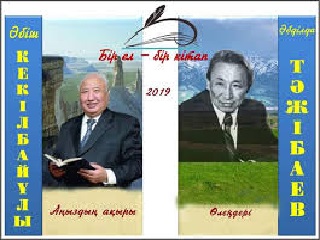 The book exhibition "Bauyrzhan aleminin umbeti" dedicated to the 80th anniversary of the poet, writer and candidate of philological sciences Mamytbek Kaldybai was organized in the reading room "Kazakstan kitaptary".

A book exhibition on the theme "Peking opera".

On March 6, 2019, the Chinese Culture and Literature Hall is hosting a book exhibit with the theme "Beijing Opera". 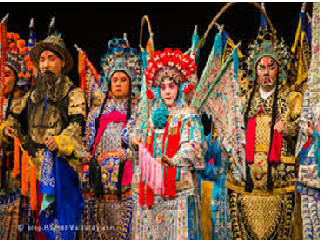 Peking opera is one of the most famous forms of traditional Chinese opera both in China and in the world. It emerged at the end of the eighteenth century and was fully developed by the middle of the nineteenth century.  It is the largest genre of opera in China and ranks first in terms of abundance of repertoire, number of actors, companies and audiences.

© 2013-2023 National library of the Republic of Kazakhstan. All Rights Reserved.
Creation and website maintenance – Helena Burbel.