Organized the book exhibition «The land of my dream» dedicated to the life and activity of the Kazakhstani writer, translator, publicist Gerold Karlovich Belger. 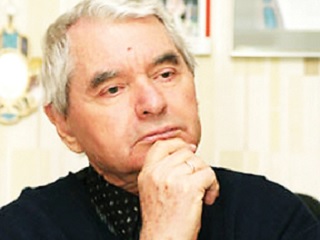 There in the reading hall of “Kazakstan kitaptary” is organized the book exhibition «The land of my dream» dedicated to the life and activity of the Kazakhstani writer, translator, publicist Gerold Karlovich Belger.

Gerol Karlovich Belger was born on October 10, 1934 in the city of Engels of the Saratov region. In 1941 his family was deported to the northern-Kazakhstani region, to the  Kazakh aul after Yskak Ybyrayev. He studied at the Kazakh secondary school. In 1958  he graduated from the literary faculty of the Kazakh pedagogical institute after Abai    (now the Kazakh   national pedagogical university after Abai), in 1963 – the post- graduate course in this very institute.

G.Belger began his labour activity in 1953 as a laboratory worker, after that as teacher of the secondary school, in 1963 – the literary worker of the magazine “Zhuldyz”, in 1989 – chairman of the German national-cultural centre, in 1995 – chief editor of the German-lingual almanac “Phoenix”, in 1998 – chairman of the board  of the “Soros-Kazakhstan” Foundation. In 1994-1995 – deputy of the Supreme Soviet of the RK from the Pavlodar region, chairman of the German cultural society of Almaty city. Member of the Council of Germans of Kazakhstan, of the National council for the state policy of the President of the RK, of the Commission of the RK for the affairs of UNESCO, member of the editorial collegium of a number of literary journals.

G.Belger is the writer from the big letter, equally possessing the native German, the Kazakh and the Russian languages. The translator, prosaic, publicist, literary critic. He translated into the Russian language the works of the classics of Kazakh literature: B.Mailin, G.Musrepov, A.Nurpeyisov and others. He is the author of multiple novels, short stories and literary-critical works. His works are filled with the deep meaning  of human relations, especial love to the native region, the high civil position and patriotism. He is the author of more than 1500 publications on the pages of the periodical press.

For the active creative and public activity G.Belger was awarded with the orders of “Parasat” (1994), “Dostyk” of the 2-nd degree, “The presidential prizes for peace and spiritual concordance” (1992), “For the merits before the Federative Republic of Germany” (2010).

The honored worker of culture. The winner of the prize of the Writers’ Union of Kazakhstan after B.Mailin (1988), of the independent prize “Tarlan”.

In 2016 there in the reading hall of “Kazakstan kitaptary” is opened the memorial cabinet of G.Belger. There in the exposition of the memorial cabinet are presented the personal things of the writer, handed over to National library of the RK by his near relations. There was re-created the interior of the home cabinet of the writer, here also one can see the family portraits, the photo-albums, the table lamp, the telephone apparatus, the clock, the type-writing machine which during all these years had been serving truthfully to the writer, the chess, the chess clock  and the newspapers. The multiple books of the writer in which there is lived not only one life and not only one human fate, are situated in the shelf. There in the format of the memorial cabinet are regularly held the activities dedicated to G.Belger: the thematic exhibitions, excursions, competitions of artistic reading, the creative evenings and other things.

There at the book exhibition out of the fond of National library of the RK are presented the materials about the life and creative activity of G.Belger, his works, articles and  recollections about him on the pages of the periodical press.

We have 368 guests and no members online