There saw the light number two of the magazine ”KITAP & KITAPKHANA”.

The magazine opened with the information about the 1150-th anniversary of the Oriental scientist and thinker Abu Nasyr Al-Farabi and the opening at the National library of the RK of the “Al-Farabi” scientific centre. Also there is given information about the residents of the village “Zhenis” of the Turkestani region of the Maktaral district who suffered from the deluge and the humanitarian and material assistance given to them.

The magazine is opened with the article of B.K.Ospanova “For the memory of the descendants: National library of the Republic of Kazakhstan in the years of the Great Patriotic war”. There in the article is narrated about the famous veterans of the Great Patriotic war and the workers of the Rear. Thus, one can read from it about the participation of National library of the RK named “The witnesses of the victory of the libraries” of the Russian open resources and our veterans.

There in the article of director of the regional universal scientific library after Zh.Moldagaliyev of the Western-Kazakhstan Sh.K.Urazayeva “Sarkylmas parasattyn saraiysyn” is the given the review about the everyday life and the works going on in the given library and also to the 100-s anniversary of Zh.Moldagaliyev.

There in the magazine the head of the library named “The library for the blind and weak-sighted citizens of the regional special library” Zh.K.Kenzhebekova named “The creation of comfortable environment for persons with limited possibilities” stops upon the achievements and demerits of the library.

At the same time, in the article named “The mass libraries in the online regime” the head of the Scientific-methodological department of National library of the RK G.A.Makhanbetova stopped upon the issues and the work done in the conditions of the quarantine declared in the country, makes the statistical review of the issues made. Thus there in the article is clearly shown the work done by the library specialists with the purpose of development of the culture of the country. In harmony with the title of the above-shown article also is written the article named “Shal akyn audandyk OKZh”  by director of the KMM K.Sh.Baitukina “The book against the quarantine: libraries of the new format”, in which there are depicted the works in the new trend of work.

There for the readers in the magazine is given the article “The seven sides of the great steppe” by the journalist A.Berikul about the junior scientific worker of the Ukraine state scientific-pedagogical library S.Yanyuk’s “The research of the issues of psychology by means of the library electronic catalogue (as exemplified of the data-base “Periodika”)” – “Scientifically-informative providing of psychology questions researches by library electronic catalogue resources (by example of “periodicals” database)”, one can note the historical usefulness of the articles of the head of the Service department of the Aktobe regional universal-scientific library A.K.Saliyeva named “The importance of the informational programme” and also of the deputy head of the Western-Kazakhstani regional universal scientific library after Abai N.G.Nugumanova “All the wisdom is in books” and also of the librarian of the Information-image works department T.N.Ormanbekov named “There opened the scientific centre after Farabi” which show a lot of new information.

We await good articles from you for the magazine “KITAP & KITAPKHANA”.

Chief specialist of the Scientific-methodological department 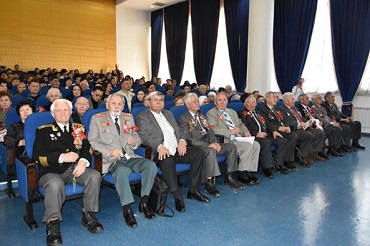 We have 453 guests and no members online