Organized the book exhibition “Tarikhymyzdyn altyn dauiri – Altyn Orda” dedicated to the 750-th anniversary of the formation of the Golden Horde. 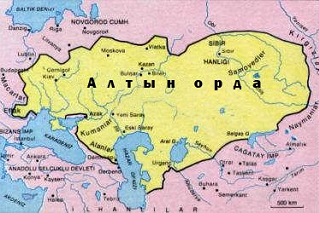 There in the reading hall of “Kazakstan kitaptary” is organized the book exhibition “Tarikhymyzdyn altyn dauiri – Altyn Orda” dedicated to the 750-th anniversary of the formation of the Golden Horde.

President of Kazakhstan Kasym-Zhomart Tokayev in his Address to the people of Kazakhstan underlined that the 750-th anniversary of the formation of the Golden Horde is to be celebrated from the point of view of attracting tourists to our history, culture and nature, but at the same time not forgetting the importance of researching the history of the Golden Horde and the significance of Dzhuchi khan as the political figure in the formation of the state ideology.

The population of the eastern part of the Golden Horde which was subjugated by sword and lance was quite mixed. They professed Islam, Christianity, Tengrianism and other religions.  They used the Uigur alphabet. The state language was the Chagatai language. There in the capital of the Golden Horde – Berke, in the cities Batu, Urgench, Khorezm, Syganak there were developed the humanitarian sciences, literature and applied arts. The scientists studied the works of Al-Farabi, Avicenna, Biruni, Syganaki, Bakyrgani, also they carried out their own researches. They advanced science further and the writers and poets left behind the richest spiritual heritage: “Kissasu-al-anbiya” by Rabguzi, “Kissa Zhusup” by Ali, “Gulistan” by Saif Sarai, “Bustan” by Saadi, “Zhum-Zhuma” by Khusam Katib, “Khosrov and Shirin” by Kutib, “Tashshuknama”, “Salnama” by Seidakhmet, “Yussuf and Zuleikha” by Durbek and others. The ethnical composition of the population of the Golden Horde was also varied, and due to this also varied were the types of economic-cultural life in society. There in the steppe part of the state in Desht-i-Kipchak lived the Turkic-lingual tribes: the Kipchaks, the Argyns, the Konyrats, the Kereis, the Uaks, the Kangly, the Naimans and others. Mainly they were occupied in stock-breeding.

The history of the Golden Horde in the second half of the XIII-XIV cc.. is filled with the non-stop wars with the Russian knighthoods and their heirs tried to prove their rights for Azerbaijan and the other lands of Southern Kaspiy. In the middle of the XV-th century the Golden Horde disintegrated into several independent khanates and its central part – the Big Horde stopped its existence at the beginning of the XVI-th century.

The Golden Horde had great significance in the history of the peoples of Eurasia, influencing the formation of statehoods in many regions.

We have 94 guests and no members online