The exhibition dedicated to the centenary of the Zhambyl regional newspaper “Labour banner”.

There in the reading hall of periodical editions is organized the exhibition dedicated to the centenary of the Zhambyl regional newspaper “Labour banner”. 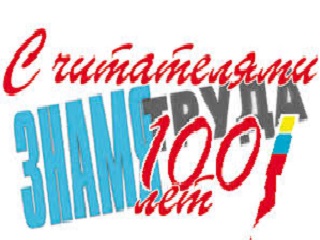 “Labour banner” is the Kazakhstani Russian-lingual newspaper, the print organ of the Akimat of the Jambyl region. The newspaper was created in Aufust, 1919 as the organ of the Auliueata uyezd committee and the uyezd executive committee.

Its first name was “Auliye-Atinskiy Vestnik”. Up to 1939 it was the uyezd, after that the district newspaper. During this period the name changed several times. After the appearance in 1939 of the Jambyl region

the newspaper became the print organ of the Jambul obkom of the CPSU and received the name “Kommunist”. The modern name “Labour banner” is has since the 1-st of June, 1963.

During the past years there was created the bright chronicles of the life of many generations of Jambyl dwellers, the history of the native region and the republic on the whole. From number to number the newspaper held the chronicles of achievements of the native people, shared with the, the joy of fruitful labour, achievements and victories, raised the topical problems, participated in the moral and patriotic upbringing of the people.

The creative collective of the editorial office sees its mission in that it should listen to the pulse of the progressive changes and bring the truth to the people. The newspaper heads the ratings of the press in the region thanks to the positive conceptual direction, good quality journalistic and the use of modern technologies of the print market and the Internet. In modern Kazakhstan the newspaper is deemed to ne one of the most authoritative Russian-lingual editions.

Chief editor of the newspaper is Beket Momynkulov. The periodicity of the edition is 3 times a week. The volume is 6-8 pages. The circulation is more than 8000 copies.

In 1979 the newspaper was awarded with the order “Badge of Honour”. There at the exhibition out of the fond of National library of the RK are the articles of

the well-known writers and journalists on the pages of the periodical editions dedicated to the newspaper “Labour banner”.

We invite everybody to the exhibition!

We have 223 guests and no members online