On May 15, 2019 at 11:00 hours there in the hall of N.Dauletova will take place the memory evening, dedicated to the 70-th birthday of honored artist of Kazakhstan Zhanibek Karmenov. 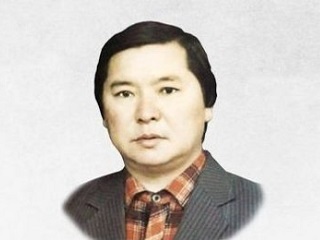 The activity is held together with “Alatau” theatre of arts.

Zhanibek Karmenov was born in Karaul village of the Abai district of the Eastern-Kazakhstani region. He is the singer, writer and honored artiste of Kazakhstan.

He graduated from the Kazakh state university after S.M.Kirov, the Republican variety  studio, the class of Zhusupbek Elebekov. He worked as editor of “Oner” publishing house and was head of chair at the Almaty conservatoire (today the Kazakh national conservatoire after Kurmangazy).

He was one of the most bright representatives of the Kazakh people’s performing school. He was the initiator of creation of the chair of folk singing at the Kazakh national conservatoire after Kurmangazy and was its first head. Karmenov made a big contribution into the development of science about folklore and singing creative activity. He researched the life and creative heritage of many Kazakh people’s composers. He is the author of the books:

“The song of Akylbai”, “The language of love”, “The song of love” and others. In 1980 at the Kazakh radio and television Zh.Karmenov was the host of the programme about the people’s composers and the Kazaklh singing tradition (together with A.Seidimbek). there in the cycle of television programmes “Asyl Mura”, while narrating about the Kazakh folk music, performed with great mastery the songs of Akhan, Birzhan, Mukhit. There in his performance for the first time were performed the works of Aktamberdy, Bukhar-zhyrau and Shakarim.

In 1996 the name of Zh.Karmenov was given to the musical school of the Karaul village, and also there was installed the memory plaque. In Semei city one of the streets is named after him.

There within the framework of the activity is organized the book-illustrative exhibition named “Daryndy tulga” about the life and creative activity of Zh.Karmenov.

The moderator at the evening will be the scientist, director of “Alatau” theatre of arts Berik Zhusup.

There in the evening participated the well-known figures of culture and art and the relations of the singer.