The book exhibition "Paulo Coelho - 75 years since the birth of the Brazilian novelist and poet" has been organized. 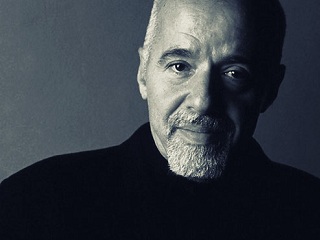 There in the Hall of world literature is organized the book exhibition “Paulo Koelyo – 75 years from the birth of the Brazil prosaic and poet”.

There in the Hall of world literature is organized the book exhibition “Paulo Koelyo – 75 years from the birth of the Brazil prosaic and poet”. Paulo Koelyo is the well-known modern Brazil writer, winner of many international literary awards, including the French order of the Honorary legion, the prize of Crystal Award of the Swiss World economic forum (WEF) and “Grintsane-Kavur” in Italy.

Paulo Koelo was born in Rio-de-Janeiro on August 24, 1947. All his novels became the world bestsellers, from among which there are especially marked “The alchemist”,

“Veronica decides to die” and “The eleven minutes”. He published altogether more than twenty books – the novels, the commented anthologies, the collections of short tales – the fables. There in 150 countries of the world were sold more than 86 millions of books of Paulo Koelyo, translated in to 67 languages. The list of his novels includes “The alchemist” sold more than 11 mln.copies and translated into 41 languages of the world. Besides he wrote “The pilgrimage”, “At the bank of Rio-Piedra I sat and swept…” and “The valkyrie”. His works entered the list of best-selling books not only in Brazil, but also in Great Britain, the USA, France, Germany, Canada, Italy, Israel, Finland and Greece. “The alchemist” is still the most sold book in the history of Brazil and it is mentioned in the Guinness records book. Koelyo is the author of nest selling books in the Portuguese language.

The plays of Koelyo, in which there are the wisdom, the depth, irony and kindness are in the repertoires of the best theatres of the world, and his novels are screened. There were screened “Veronica decided to die” by the Japanese director Hei Khoriya in 2005; “Veronica decides to die” by the English director and scenario writer Emily Youngin 2009.

In 2014 there upon the screen came out the film “The pilgrim: Paulo Koelyo” (Brazil, Spain) which narrates to us about the life and creative activity of the writer.

There upon the book exhibition from the fond of National library of the RK are presented the books and literature about him in different languages of the world: “The alchemist”, “Brida”, “The valkyries”, “I sat on the bank of Rio-Piedra and cried”, “Maktub”, “The book of the warrior of light”, “Veronica decides to die”, “The devil and senorita Prim”, “The eleven minutes”, “Zaire”, “Like a river”, “The witch from Portobello”, “Alef”, “The manuscript found in Akko”, “The adultery”.

The works of the author are in the Kazakh, Russian, English and Turkish languages.

We invite everybody to visit the book exhibition!