Was held a memorial evening devoted to the 80 anniversary of the honored artist of Kazakhstan Esbolgan Zhaisanbayev. 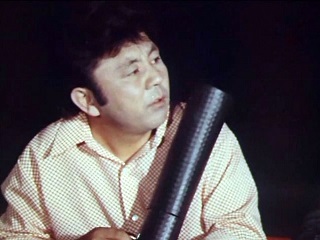 The activity was held within the framework of the Club “Inzhu-Marzhan” acting at the Arts department of the National library of the RK.

Esbolgan Zhaisanbayev was born in Aksu village of the Aksusk district of the Almatinskaya region. The actor. The honored artiste of Kazakhstan. In 1960 he graduated from the studio at the Kazakh academic theatre of drama (under the leadership of A.Mambetov and N.Zhanturin) and the Kazakh state university (1968). In 1968 he was accepted into the main staff of the Kazakh drama theatre and in that same year for the first time played the role of Pokudin in the play “Thus started the epoch” of Z.Shashkin. he had success in the character and comedy roles, he was an actor of sharply characteristic gift, he had the warm humour, simplicity, charm and naturalness.

From 1976 he was shot in the films: Sarsenbayev (“The throw or everything began on Saturday”), work superintendant (“The hawthorn”), Yashko (“The white shaman”) and others.

There within the framework of the activity was organized the book-illustrative exhibition “Sahna sheberi” about the life and creative activity of E.Zhaisanbayev.

The moderator at the evening was the known theatre director Aubakir Rakhimov.

We have 277 guests and no members online